... and it's a game-changer. Are you paying attention?

Unless you've been living under a rock, you know that mobile-first design is critical to your online marketing strategy.

We're now entering into the next evolution of web design. Page speed and fluid design is now the order of the day.

Read on to find out why this may be the single most important factor for your online presence in 2022 and beyond.

Learn how web design is changing and how it's limitations have given rise to Web 3.0 technologies

Finally, we will talk about  the cabilities of Web 3.0 and it's benefits to modern designers and mobile-first capabilities

The Evolution of Web Design

Wile opinions may vary amongst design professionals, it is generally agreed that we have gone through  3 Major iterations of web design; Web 1.0, Web 2.0 and now Web 3.0. Below are examples of each displayed in a Web 3.0 format leveraging HTML 5 and CSS 3.

Generally speaking, Web 1.0 was comprised of text-only designs or table based designs such as those shown here.

Soon, there was the transition to Web Design 1.0 which featured some graphical elements making them slightly more interesting.

Though tables gave designers more flexibility,  they were not mobile-friendly, which wasn't really necessary at the time. Smart phones had not yet arrived.

The spread of mobile phones and the  evolution of web design and led to new changes. 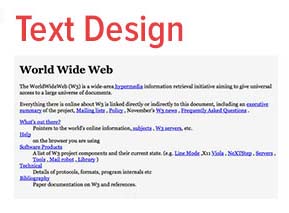 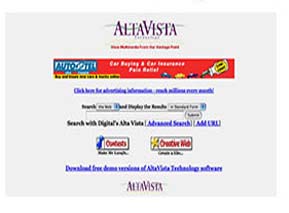 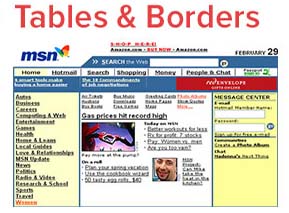 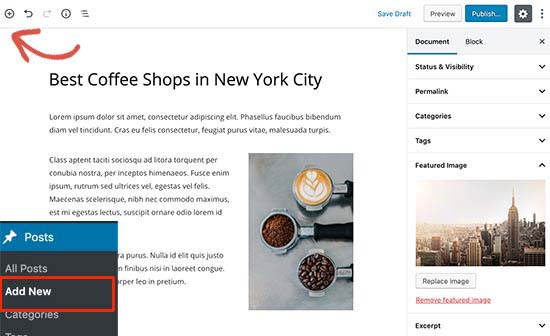 Grid-based layouts  using layering/ordering such as the one you're viewing (above) were simply not possible in Web 1.0. Nor was this interactive Accordian element.

The next transition was to Web Design 2.0. In this iteration of the technology Web pages got Grids instead of tables, and web designers could now arrange "Elements" with Layouts. The Bootstrap standard further accelerated the speed of Web 2.0 Development.

Of course, for tablets and phones we also had to allow for both portrait and landscape orientations. Now it's simply not possible to know what size screen (referred to as Viewport) the user is on. Now, our designs must be fluid enough to accomodate odd sized screens - such as the iPad mini or even super large format such as large LCD screens or Digital Signage displays.

Though originally Introduced at the end of 2011, as with most new technologies it didn't really become main stream until 2015.

Bootstrap was a significant step toward web 3.0. It simplified the process of web design and made it more convenient. For the first time ever, Bootstrap supported mobile devices from the beginning by introducing Grids. 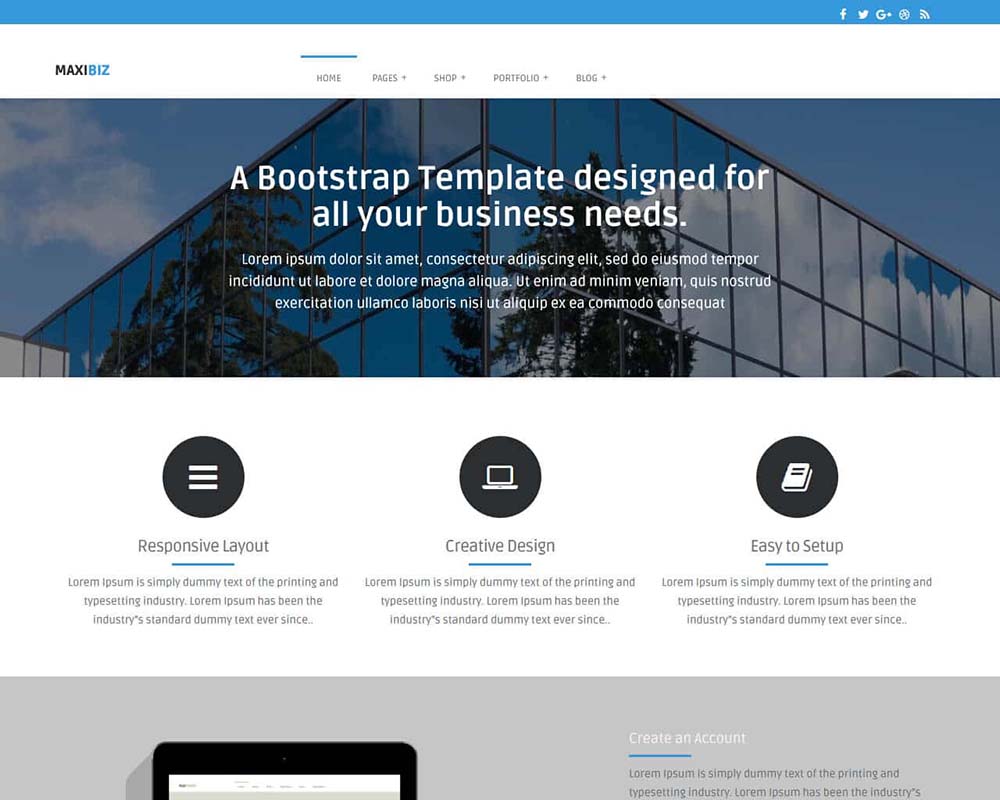 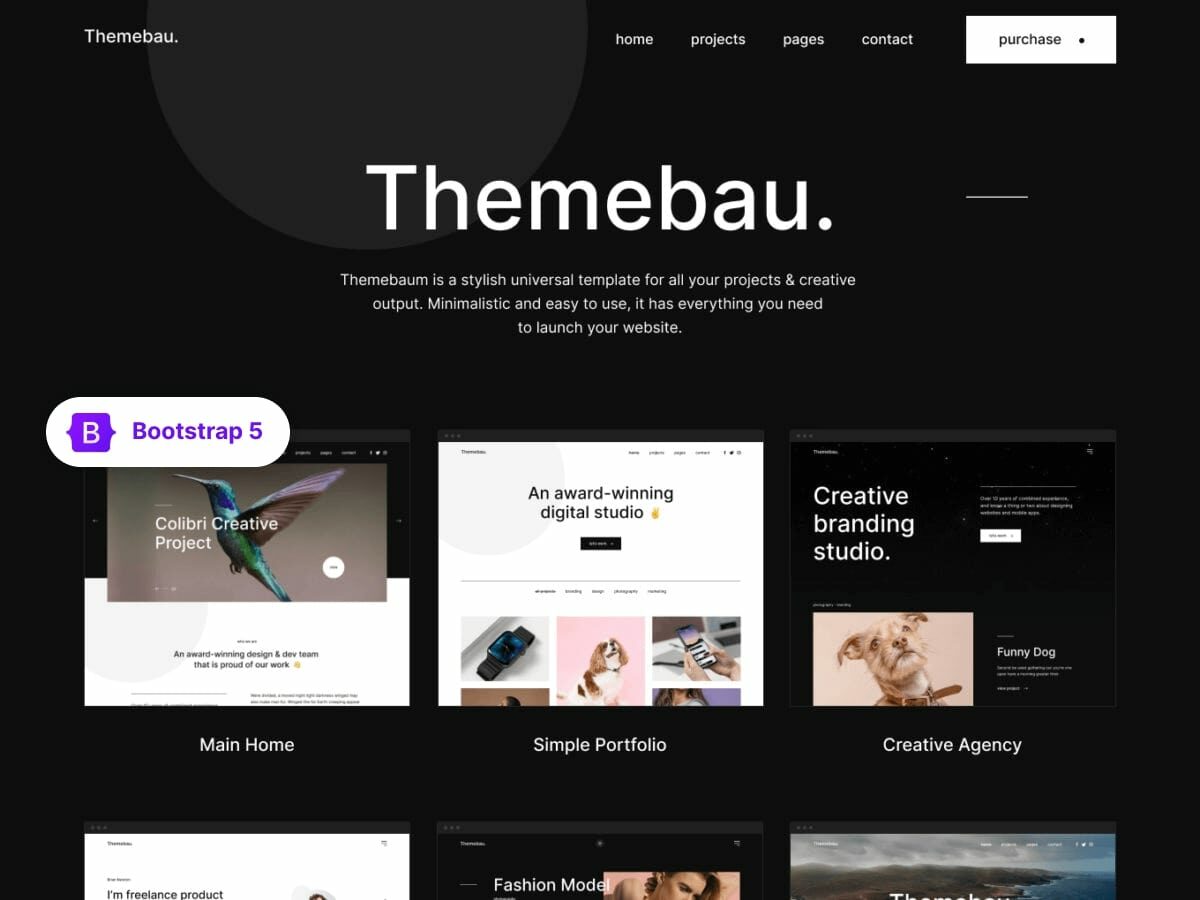 Bootstrap grids can stretch automatically to fit many screen sizes.

A major step forward but still not good enough.

It was around this time that Content Management Systems such as WordPress, Joomla, and Drupal became popular. Content Management Systems (CMS) replaced the self-written systems, which were error-prone and expensive to develop and maintain. These early CMS's had limited functionality but now it was possible for non-tecchies to create pages with a consistent style and layout without having to understand HTML, CSS and JavaScript.

Now thanks to WordPress and Joomla, anyone could create a blog or website. Today, more than 20% of sites are built using those systems. The systems such as WordPress and Joomla had always supported templates and themes, which now made it possible to modify the design without changing the content.

This spawned an entire industry whereby designers could provide ready-made themes that could be integrated into WordPress, Joomla, Drupal and other CMS systems.

The Trouble With Templates

Even though pre-designed web site templates made it easy for non-designers to build websites, most of them tended to look the same.

The colors, fonts and images may have been changed up a bit, but it wasn't long before we began seeing just variations on a common block-based theme.

We quickly found ourselves saying: 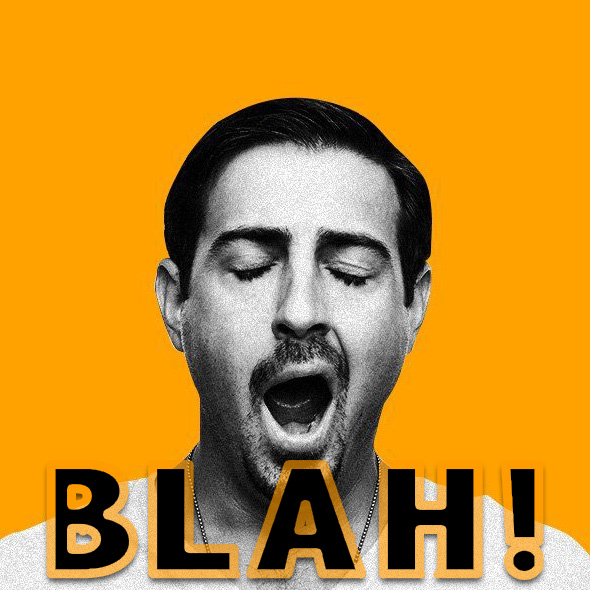 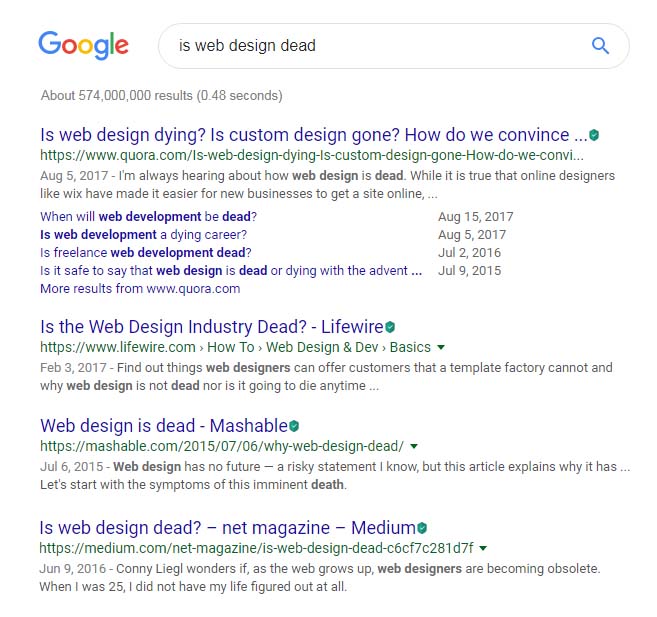 It would seem that everyone should be happy: web designers, developers, and Internet users. However, now there was a new problem. Web designers began to ask one question: "Is Web Design ​​dead?".

Why is this happening? 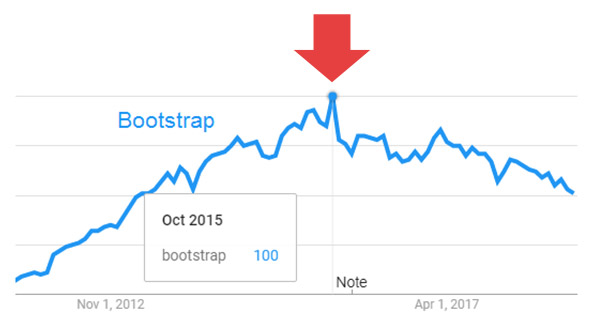 Bootstrap reached the height of its popularity in 2015-2016. You can see this in the Google Trends chart here.

The main reason for this problem was in Bootstrap and similar design tools. Bootstrap's web designs looked so similar to one another it was as if they were made with one template. Many website builders worsen the situation, having Bootstrap as the core of their systems.

Web designers started to find solutions. They simply could not stand by and watch web design, get stuck in progress or to deteriorate into cloned websites with no originality.

Many professional designers want to make the Internet a better place, a more interesting place.

Taking a Lesson From Print Design

Compared to Print design, Web design is still quite young. It is about two decades old. Print Design came long before web design, and it has hundreds of years of history. Print Design tools always allowed creatives to place items freely. Designers were not limited in their creativity. And publishers were always free in their ideas. They did not have to think about HTML, CSS, or mobile devices.

Nowadays, many print publishers have reduced print runs in favor of online distribution. Printed pages have become web pages but due to the restraints of design technology, much of the creativity and freed of print design was lost. Designers did not want to lose the print ideas they have collected for years. They began to design with print ideas online

Starting in 2016​, we began to notice ideas from Print Design appearing regularly on web page designs on Pinterest, Behance, and Dribbble. Those new web designs differed with: 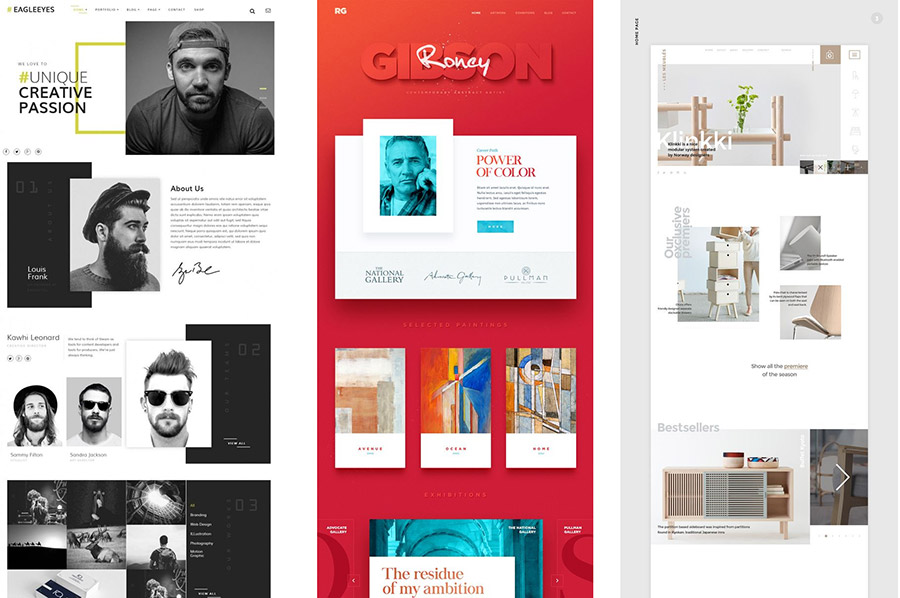 What does it mean to remove table constraints?
Let's use the example of typical photos on a wall. Now compare that to the laouts possible with flexible grids.

Trendy designs breaking stereotypes are becoming more popular. In the chart, you can see that every year more designers discover the world of Web Design 3.0. This chart displays the results on the topic of "web design" on Pinterest, Behance, and Dribbble. We forecast that this trend will continue in the future

Here in 2022 it's now quite obvious.. If you want to make your web design ideas noticeable on Pinterest or Behance, there simply are no alternatives.

How Fast is Your Site?

Find out how your site compares. It's more important than you think. Why It Matters >

We are way beyond simply "responsive" websites. Web 3.0 sites work on ANY device (Smartphones, Tablets, Laptops, Notebooks, even large TV screens such as those used for Digital signage. It's no longer necessary to build for a known screen size.

Web 3.0 pages don't just shrink in size to accomodate the users view screen. This technology allows for rearranging content as well as the ability to hide or display content based on screen size. No point in having a click-to-call button on a desktop right?

Unlike previous versions of html, Web 3.0 in conjuction with HTML 5 and CSS3 - Along with a bit of JavaScript magic is the perfect solution for designers.

Previous versions of HTML were very restrictive and cumberson, requiring designers to adhere to a very rigid table-like structure. Boot strap was better but still far from perfect.

With Web 3.0 we can now place elements with pixel-level precision, overlaps, adaptive grids, layers and even animation!

A 1 page visit to your website is a "Bounce". This typically means your users are not interacting with your site. Google and other search engines see this activity. If a website is not engaging or if the site visit is only a few seconds, this can significantly reduce your visibility online.

Page load speed and mobile-first design ensures that your visitors have an outstanding experience on your site, each and every time.

Google - and other search engines - know when you're using a mobile device. This adds yet another key ranking factor. If a user searches for your company from their smart phone, Google will often give preference to mobile-friendly Web3.0 sites over larger sites that are not mobile friendly, often resulting in better search engine placement.

Since Web 3.0 is optimized for mobile devices, the code is elegant and stream lined. Images are optimized for the fastest possible load speeds. HTML and CSS are "Minified" and 3rd party scripts are typically unnecessary resulting in light weight, fast loading pages, even over a slow cell connection.

Even the fonts and icon's are light weight!

Web 3.0 is as Google-Friendly as you can get. Did you know that Web 3.0 technologies supports Personal Web Apps? (PWA). With Web 3.0 you can deliver your website as a simple installable app so users can interact with your organization EVEN WHEN THEY DON'T HAVE INTERNET ACCESS!

PWA's reside locally on the user's phone. Your company, your brand, accessible as a clickable icon right on your users phone. Since web apps run locally, there is ZERO download time, apps are instantaneous!

Want to be the first to read our news? Subscribe to the newsletter to keep abreast of all events.